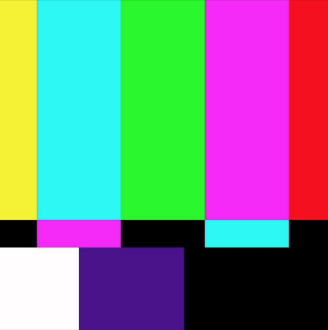 This week’s tragedy in Roanoke affects anyone who has ever worked in a newsroom – television, print, digital, it doesn’t matter. As journalists, your heart is broken because the incident hits so close to home, and you can’t let it go because you need to do your duty and bring the news to your audience.

In the coming days we’ll continue to hear about this killer’s revenge motive, and whether this could have been prevented. But there’s one point that I made on Twitter on Wednesday that I’d like to reiterate here: Please don’t let what happened in Virginia deter you from reporting hostile/toxic behavior in the workplace.

The newsroom culture can be exhilarating and insanely stressful at the same time. There are moments when we blow up at one another. Reporters, photographers, producers – everyone – will lose their temper when deadlines are looming and stories are falling apart. In my very first newsroom job I remember my anchor telling me that I would need to learn to let things go quickly, because in this business people will get angry one day, and come in the next day like nothing happened.

That’s true, and for the most part I stuck with that philosophy, never letting one bad day affect the next. That’s what makes a newsroom a family. But there’s a difference between snapping at an innocent question during a moment of stress and consistently showing disregard for your co-workers. There are people like this in every workplace. There are people who don’t let things go, and people who make threats, like this killer, according to former co-workers. There are people who will belittle others behind their backs, people who will lob personal attacks about appearances, religious beliefs, race, you name it — even with their co-workers around. These people are bullies, and their abusive behavior cannot be tolerated.

I talk about this because it’s so easy for someone who has witnessed this behavior to brush it off for any number of reasons. People will make excuses that the bully is under a lot of stress, or that he/she is a good worker and didn’t mean it. Too many times people will do nothing because they don’t want to stir the pot, or they’ve been told they have to have “thick skin” to work in their office. Sadly, in these cases, the victims often leave for new jobs, and the bully avoids punishment. I’ve seen it, and I know many people I’ve worked with have seen it too. If it happens in newsrooms, it happens in other workplaces.

On social media the Roanoke killer claimed one of the victims reported him to human resources, and The Guardian obtained memos showing former co-workers brought multiple complaints about the killer to supervisors. These people did the right thing.

If you report abusive behavior to your boss, and your boss does nothing, don’t let that be the end of it. Report it to human resources, because these incidents must be documented. Every company has a policy for dealing with toxic behavior. It doesn’t have to end in a firing, not all workplace relationships are unsalvageable; some people just need an attitude adjustment.

Here are a couple of related items that I thought could be useful and informative. The first is a story titled, “How Common Is Workplace Violence?” from NPR’s “Here and Now.”

I also think this article, “5 Types of Toxic Employees (and How to Work With Them)” is a very good read if you’re struggling to get along with a difficult co-worker.

Lastly, here is a New York Times piece titled “Virginia Shooting Spotlights Riddle of Workplace Safety,” which focuses on the difficulties of identifying problem employees in the hiring process, and what happens after they’re hired.

And to all my friends in the news business, stay safe.