I should probably hold off on posting this, because the good news is likely to become great news in the next few hours.

What’s the news? If you’ve been following my tweets today, you saw that Now Playing Podcast’s Kickstarter project passed its $95,000 stretch goal. That was just before noon, and as I write this, the campaign is just a few hundred dollars in pledges away from hitting $100,000.

That’s insane. I don’t have a lot of experience working on Kickstarter campaigns, but to hit $100 grand — with an original $40,000 target — is crazy. This is a runaway success, and the campaign doesn’t even officially end until early Thursday.

It’s been such a thrill working on this campaign, and the listeners came through in ways no one expected. It had me wondering today, how many independent podcasts can claim this kind of success and this fan base? Now Playing is legit, too legit, like the song!

Even better, today the Fast & Furious review was released. I urge you to listen and find out why this is the best podcast on the planet.

As of this writing, there are 700 backers for Now Playing Podcast’s Kickstarter campaign to fund the show’s first publishing venture, “Underrated Movies We Recommend.”

To sweeten the deal for supporters, the hosts added some new rewards, including Kickstarter-exclusive podcasts. You can read about those shows and the rest of the rewards here.

After blowing past their $40,000 funding goal, the hosts are hoping to make a stretch goal, and they’re reaching out to all Now Playing listeners with the hashtag #ABuckForNowPlaying. The goal is to get every listener to donate just $1 to the campaign. You can hear more about the “Dollar Baby” effort during this week’s review of The Fast and the Furious: Tokyo Drift.

It’s remarkable to see how the listeners have rallied around this campaign since it was launched 23 days ago. There are just seven days to go, can’t wait to see what happens.

I’m a little late with this post, but I wanted to congratulate the Now Playing Podcast team and all of the listeners on a successful Kickstarter campaign.

Now things get really interesting. The pledges haven’t stopped, and the higher they get the more rewards are added to the campaign. Since reaching the $40,000 target the hosts of Now Playing have added exclusive bonus podcasts for donors, and even the option to get “Underrated” as an audio book. The latter could end up being 25 hours long.

We’ll see what happens over the next couple of weeks. I’m incredibly grateful to all of the listeners who have supported the show and shared the campaign with others. This is just a really great time for Now Playing Podcast. 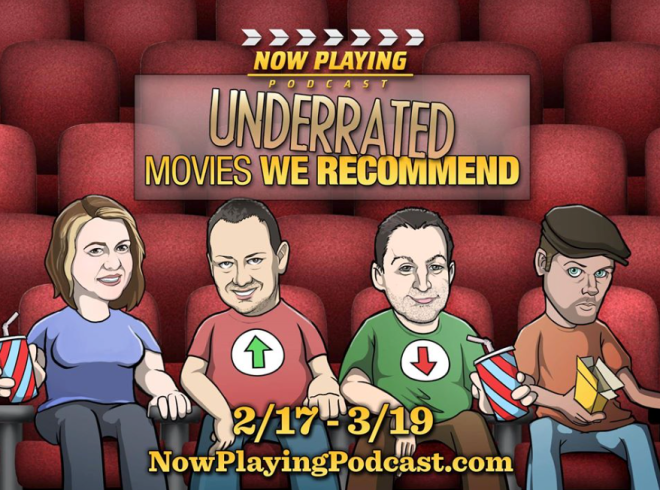 Here’s a link to the news release announcing the project, and mark your calendar for the live Feb. 17 show where the project and all of the rewards will be discussed.

While it doesn’t officially begin for another week, Now Playing Podcast let the cat out of the bag during its Boyhood review and announced its upcoming Kickstarter project to fund a new publishing venture.

“Underrated Movies We Recommend” will feature 100 written reviews of forgotten films. Each entry will have the familiar Now Playing Podcast feel, with one “fan” leading the discussion and two other hosts sharing their thoughts.

The campaign launches during next week’s live Kingsman review, and the rewards… well, they’re juicy. For starters, who wants a chance to co-host an episode of Now Playing Podcast? Listen to the Boyhood review for more details.

Some other rewards offered in the Kickstarter campaign will be given away during the live Q&A following the Kingsman review, so be sure you’re there for the show. A link to the live stream is coming, and listeners can discuss the project using the hashtag #Underrated. 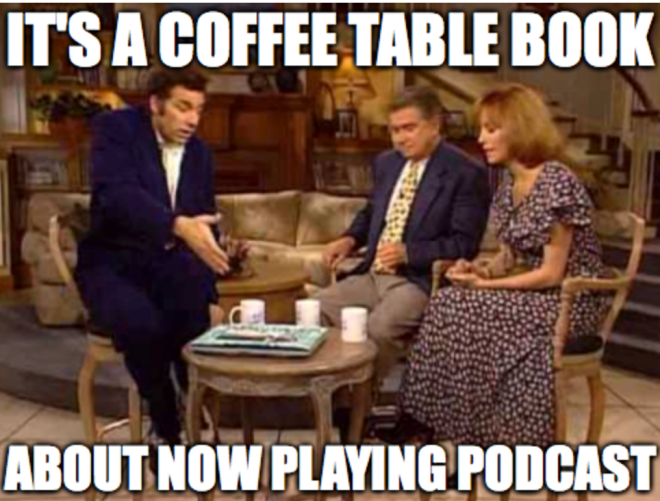