Hockey season ended too soon in Las Vegas on June 7, 2018. But it’s not all bad news, as I’m able to focus on the second-most important matter of the day: Halloween.

I will not lie, last week I woke up (unassisted) at 5 a.m. every morning, wondering if this would be the morning when the new Halloween trailer premiered. When I found out the trailer would premiere on Friday, June 8 I still woke up early every day, for no good reason.

At long last, it has arrived, and it’s glorious. For fans of the series, there are plenty of homages and Easter eggs within, and it raises some questions about how the film is wiping the slate of the tangled Halloween canon. I wrote about both for Now Playing Podcast, and you can find that article here.

Here’s a real treat for Now Playing Podcast listeners. Thanks to the good folks at La-La Land Records, you’re getting a review of the Ferris Bueller’s Day Off 30th anniversary soundtrack. It’s the first official release the soundtrack has ever received, which surprised me completely. I knew I had a lot of the tracks (“Twist and Shout,” “Oh Yeah”) on mixtapes and mp3’s, but never realized there was never a complete album from the film.

Now Playing Podcast hosts Arnie, Marjorie, and Justin got to preview the soundtrack, which you can hear in a special Now Playing episode. The show also features an interview with the producers who spent years putting the album together, and a performance by the group Blue Room. Listen to the show, and find out when you can win yourself a copy of the soundtrack.

Only on rare occasions will the hosts of Now Playing Podcast reach back into the black-and-white era to review a Hollywood classic. It happened once with The Thing From Another World, and fans of the podcast’s 2013 Die Hard retrospective will remember the review of Frank Sinatra’s The Detective.

This month, Now Playing is treating supporters to a trilogy of classic sci-fi films, 1958’s The Fly and its two sequels, Return of the Fly and Curse of the Fly. The series serves as a precursor to a review of 1986’s David Cronenberg remake, a film that’s likely more familiar to modern audiences and Now Playing’s core listening audience.

Like 1982’s The Thing (a remake of The Thing From Another World), Cronenberg’s film is considered by many to be a vast improvement on its original, most notably in the special effects department. Those films – and the remake of The Blob 30 years after the first – were a reflection of 1980s culture and societal fears as the 1950s versions were a reflection of the Red Scare and the Atomic Age.

In a Q&A at the Venganza Media Gazette, I spoke to Now Playing Podcast hosts Arnie, Stuart, and Jakob about remaking 50s sci-fi in the 80s. Read the discussion, and join us for The Fly retrospective, which kicks off Now Playing’s 2016 Fall Donation Drive.

When Now Playing Podcast’s X-Men: Apocalypse episode arrives this week, it will kick start a summer schedule stacked with week of release reviews for the 9-year-old show and its panel of hosts.

In a way, Now Playing is going back to the beginning.

Longtime listeners will remember the early days, when the show launched with the goal of reviewing a just released flick every week. Those 2007-08 era shows are notable for their shorter run times (the first Iron Man review runs a little more than 8 minutes) and films that would never fit in Now Playing Retrospective Series (reviews of Fever Pitch and 21 are standout examples).

Having established its popularity and found its footing with the first retrospective (for Friday the 13th) in 2009, the show has stuck to its celebrated formula – review every film in a series leading up to the latest release. In summer that usually means a handful of new release reviews wrapped inside the longer retrospectives. Summer 2015, for example, was largely dedicated to the Mad Max and Mission Impossible franchises, with appearances by Marvel heroes and that Terminator sequel we’ve all forgotten.

The summer slate that begins with the aforementioned X-Men review will see the hosts back in theaters for eight new releases over the next 11 weeks, reviewing everything from the latest Teenage Mutant Ninja Turtles and Star Trek sequels, to DC Comics’ Suicide Squad. Three new retrospective series’ will make their debuts this summer, with Matt Damon’s Bourne films taking up the most space on the calendar, and the Independence Day and Ghostbusters franchises offered as a bonus in Now Playing’s bi-annual donation drive.

Listeners may even be in for a surprise or two, the host hinted. What that means is anyone’s guess, as the calendar turns to June and Now Playing’s summer schedule is stacked through Suicide Squad. The current schedule can be seen at the show’s website, and if you look closely your eyes are not deceiving you – there are two reviews coming for The Bourne Identity. Listeners who love Now Playing’s completist approach to Hollywood franchises will be delighted to know there was a 1988 television movie adaptation of the story, starring a post-Alan Quatermain Richard Chamberlain and former Charlie’s Angel Jaclyn Smith. That should be good.

I wrote this piece for the Venganza Media website previewing the Now Playing Podcast schedule from January through March. The new shows begin Tuesday, Jan. 5 with a review of Robert Rodriguez’s Machete, which is part of our Grindhouse retrospective.

Also on tap in the first quarter is a Masters of the Universe review, which comes at the request of a fan who backed Now Playing’s “Underrated Movies We Recommend” book on Kickstarter.

The year’s first weekend of release review will be Deadpool in February. As I mention in the article, the calendar is always in flux, but you can bet Now Playing will return to some of our ongoing retrospectives. That means Marvel, DC, and Star Wars!

This has been an outstanding year for Now Playing Podcast, and it just keeps getting better. Today we announced that Halloween director John Carpenter will pen the foreword to Now Playing’s Kickstarter-funded book, “Underrated Movies We Recommend.”

The Kickstarter project was a massive success earlier this year, and for months the hosts of the show have been watching movies and writing nonstop. Right now the book is on target to ship in the second quarter of 2016, and fans can pre-order their copies at the Now Playing website.

Here’s a link to the news release announcing Carpenter’s involvement with the project. 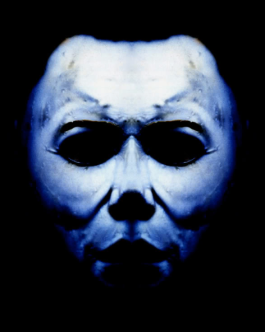 I screened Halloween III: Season of the Witch for the first time (this month) last night, and I’m gearing up for the home stretch of horror movies all the way to Halloween. Also last night, I had a great chat with some Now Playing Podcast fans as we ran down the list of movies we’re trying to fit in before the end of the month. I was reminded that I still need to squeeze in showings of Night of the Creeps and Christine.

Another thing that I need to squeeze in (and you should too) is Now Playing Podcast’s Halloween Retrospective Series. This is the series that introduced me to the show in 2011, and four years later I’m so thrilled to be a supporter and contributor. If you’re a fan, this is the day to cue up that retrospective – nine movies, nine shows – if you want to hear one a day, ending on All Hallows Eve.

It’s the final countdown! (I just like saying that)

Early on in Now Playing Podcast’s Star Wars review, creator and host Arnie Carvalho is asked whether he thinks George Lucas’ legacy blockbuster is the best film ever made. It’s a question that deserves more than a simple yes or no, and the answer is just one of many revelations listeners can expect throughout the podcast’s 11-episode retrospective series, which began Tuesday and will continue past the release of December’s The Force Awakens.

The retrospective is poised to be the biggest in Now Playing Podcast history, not only because of its cultural relevance, but because the show is breaking from a long-held preference not to review the franchise. Carvalho touches on this in the first few minutes while discussing the backbiting that exists with the Star Wars community, and how it discouraged him wanting to talk about the films outside of sister podcast Star Wars Action News.

Longtime listeners who have been demanding these reviews for years will relish these “inside baseball” chats, while casual Star Wars fans will enjoy the sparks of childhood nostalgia as Carvalho and fellow hosts Stuart Atkinson and Jakob Brewster navigate the Star Wars universe. Atkinson, the only one of trio who is not a hardcore fan, has a wonderful moment early on in which he relays his limited Star Wars knowledge in a jumbled paragraph that may enrage some die-hard jedi. It will be interesting to hear his take when the hosts review the non-theatrical entries in the saga.

Like all Now Playing Podcast retrospectives, this one will hit the high, low, and forgotten entries in the Star Wars franchise, including TV movies Caravan of Courage: An Ewok Adventure and the Star Wars Holiday Special. I’ve only seen clips of the Holiday Special on YouTube, but I remember those Ewok films (Caravan of Courage is followed by Battle for Endor, starring Wilford Brimley!).

And that’s always been the appeal of Now Playing Podcast retrospectives. Every discussion stirs a recollection of your childhood movie-going experiences, while pointing out the “gee whiz” moments you might have missed in a way that’s more inclusive than any Blu-ray bonus feature or Easter Egg infographic. This show has a way of connecting with you, whether you’re the kid who snuck into a theater to see Friday the 13th or if you waited in a line around the block for Indy’s Last Crusade, Now Playing Podcast always makes you part of the conversation.

The next few months should be fun. 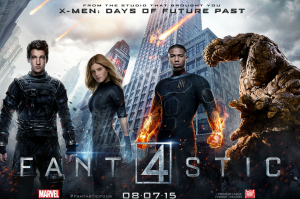 By nearly every account, the new Fantastic Four film is a disaster, and every day it seems we’re learning more about what happened behind the scenes of this train wreck. This is the kind of Hollywood flop they write books about, the kind that (hopefully) will inspire the person who already directed a documentary about previous Fantastic Four train wreck to direct a sequel about the new one.

I’m so fascinated by this story. I’ve never had any interest in the comic, and I’ve disliked all of the previous films. Yet I am so intrigued by what went wrong with this reboot. That’s why I couldn’t wait to hear this week’s episode of Now Playing Podcast. Here are some things that stand out:

After you hear the show, get in on our Facebook conversation and tell us what you think should happen with the franchise. Listeners are split over whether FOX should make a sequel or reboot it again, or just stop altogether. It’s a great show and a great debate, join us.

Are you at #SDCC this week? Want to meet your favorite hosts from Now Playing Podcast, Star Wars Action News, and Marvelicious Toys?

Come on down and have a drink with Venganza staff and our great listeners. This is the first Now Playing Podcast Comic-Con meetup since 2010. You can hear more details during this week’s review of Terminator: Genisys. We’re also holding a Terminator giveaway contest, you’ll hear the details in the show.

Hope to see you Saturday night!